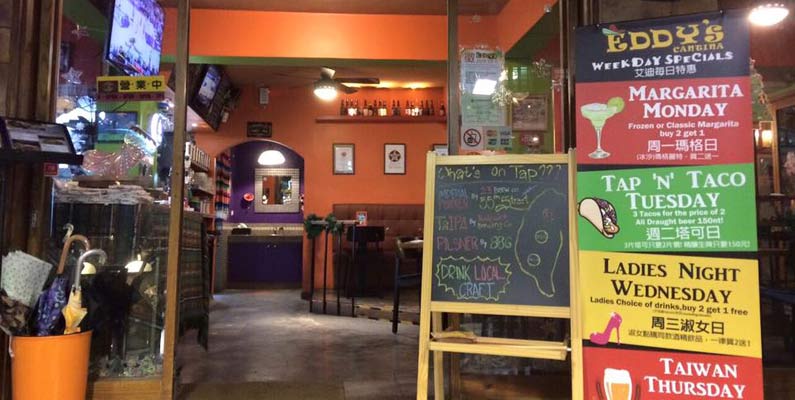 Eddy’s Cantina started as a small burrito stand in Tamsui called Eddy Burrito in 2007. Business was fairly steady, and Eddy and his wife Jo decided that with a restaurant they could serve more customers. Later, they decided to move from the night market into a small restaurant. The restaurant had a bigger menu and a nice cozy seating area so that Eddy could bring more of the Mexican experience to Taiwan.

Three and a half years later, Eddy’s Cantina was given an opportunity to open a second location in Tianmu. Eddy and Jo decided that with an even larger location in a busier area, they could reach and attract a larger more diverse crowd.

The owner of the Eddy’s Cantina’s contacted MUSA Trademark after seeing one Facebook posts about one of our trademark protection workshops. When they registered their business years earlier, their CPA had offered them to also take care of the trademark registration so they felt pretty secure but wanted to make sure since they were planning further expansion of the business.

We started by doing the necessary trademark searches. During our meeting with the owners, they were very surprised when we showed them that the trademark application their CPA had helped with years earlier was totally irrelevant to their current business. For some reason, the CPA had applied for trademark protection not for a restaurant (class 43) but an advertising service (class 35).

As if this was not bad enough, they had not applied for protection for the brand (Eddy’s) but instead for the design of a logo that the company no longer was using.

So when it came down to it, Eddy’s had no trademark protection at all.

After a careful trademark similarity search, MUSA Trademark helped Eddy’s Cantina to apply for three trademarks in trademark class: Class 43, Catering Services which is there core service and these three trademarks: 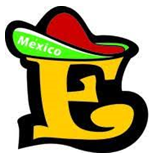 These three trademarks are being used in different locations, and even though the Chinese name 艾迪墨西哥餐廳 is not often used, this is the Chinese name of Eddy’s Cantina that will allow the Chinese speaking customers to easily refer to them and therefore it is also essential to protect it as well.

The applications were successful so now Eddy’s Cantina can continue expanding while being secure that no one else can infringe on their ever more famous brand.