How one trademark battle is causing two businesses big headaches 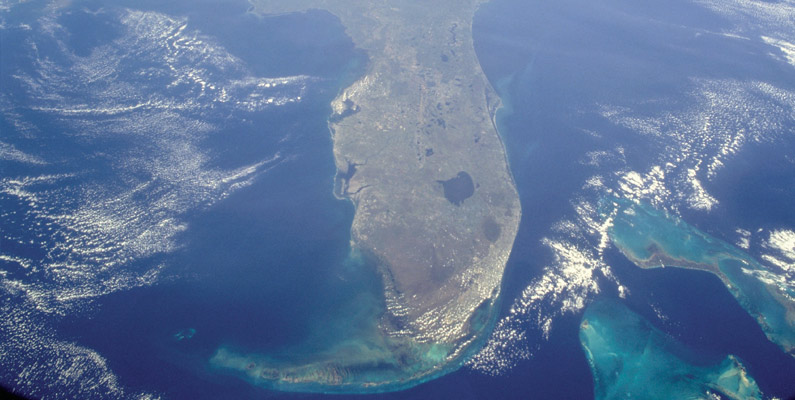 Karma Fishing, a Florida-based clothing company, applied to trademark their logo—a fish which incorporates the outline of the state of Florida—but were soon met with problems.

Another clothing company hailing from the state of Florida, Local Brand, had previously trademarked their logo, which also uses a map of their home state as a symbol for the letter ‘L’ in Local. Despite the differences between the two logos, Local Brand registered their opposition to Karma Fishing’s application, which is proving extremely expensive and time-consuming for both parties.

The problem for Karma Fishing centers on the breadth of scope Local Brand state they have for their trademark. Local Brand’s owner, Claudio Trevisan, says it entitles them to use an image of the state of Florida in any orientation other than the typical north-to-south direction. Their logo tilts Florida by 180 degrees, while Karma Fishing tilts it by 90. A seemingly small detail that is already having big ramifications.

Karma Fishing’s founder, Ryan Reeves, is not giving up the trademark dispute without a fight, but it’s a fight requires deep pockets for a small business. They have already spent USD20,000 in legal fees, with his attorney predicting the total fees could rise above USD100,000.

“This is a small, family-owned company… it’s taking us to the brink.”

However, Trevisan of Local Brand is quick to point out that this is not some David vs Goliath battle, “People look at us and they think we’re these giants. We’re a small business, just like he is, trying to make a living.”

While the dispute is still ongoing, the headaches and costs for both businesses will continue, but for those looking at how to get a Taiwan trademark, it highlights significant warnings one should heed.

Firstly, using identifiable images in the public domain for your logo, such as maps, is a legal grey area that can be fraught with difficulties if you end up having to dispute it, so bear that in mind. If your logo doesn’t have these features, disputes are more likely to be slapped down and settled quickly and efficiently.

Secondly, and more importantly, registering your trademark early is key. Karma Fishing incorporated their business in 2015, and spent time and money building their business with their logo before trouble arose down the line. If they’d applied to trademark their logo in the very beginning, even if they’d encountered the same opposition, they could have opted for a different logo before investing so much time and money on it, and saved themselves a whole lot of legal fees. Whether you’re looking to register a trademark in Taiwan, China, or anywhere else for that matter, the importance of avoiding brand confusion and applying early cannot be overstated.