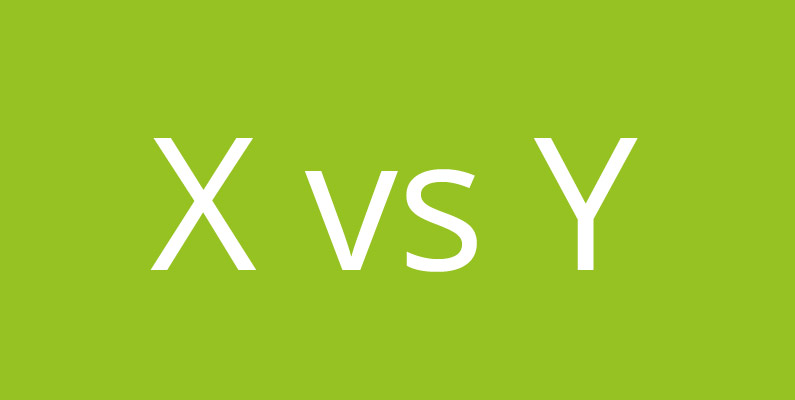 What happens if we do not pay enough attention to our trademark strategy? What if we do not think far enough ahead and plan for proper legal protection of our company and product names in the right product classes and countries? Does it even matter?

Here we have collected a list of famous trademark conflicts from around the world. In some of these trademark conflicts it seems to be a clear case of copying a brand, in other cases there are more likely honest mistakes and a lack of trademark awareness that leads to this costly situation.

One would think that a luxury designer like Louis Vuitton would not have to protect their trademark against a seller of fried chicken. They are selling two very different products and normally they would register their respective trademarks in different trademark classes and never be in conflict. But a famous company like Louis Vuitton has to be vigilant against companies that on purpose are trying to ride their coattails.

In this case, the restaurant had not only made their name similar to Louis Vuitton but they had also designed a logo and packaging that looked very much like the iconic designer’s imagery.

In a trademark game of whack-a-mole, the restaurant then changed their name to LOUISVUI TONDAK. The court was not amused and hit them with a large fine for non-compliance.

The lesson to be learned is, build your own brand, don’t mirror someone else’s.  If you are in doubt about your new design, ask your trademark agent for advice. A proper trademark search early in the design process could save you costly trademark conflicts.

There is a saying that “Imitation is the sincerest form of flattery.” But most companies who have invested heavily in their brands and find that someone is trying to gain customers’ trust by imitating them would not agree.

There are the obvious counterfeit products that are straight up copying another company’s logo, and then there are the ones that are made to be similar.

The US company 3M is famous around the world as an innovation juggernaut that sells tens of thousands of products to consumers and businesses. In China, a company called Changzhou Huawei Advanced Material Co Ltd tried to ride the coattails of 3M by releasing a line of products in their 3N trademark.

3M, of course, had to protect themselves and sued in Chinese courts and eventually won their case because they had properly registered their trademarks and were willing to vigorously defend them.

The court decided that even though the logos and products were not identical, Changzhou Huawei had managed to acquire clients and market share specifically because the brands were so similar and that this then constituted trademark infringement.

Another company that says they have spent millions on developing their brand is Adidas. Their logo with the three stripes are well known around the world.

Recently Adidas filed a lawsuit against retailer Forever21 alleging that some of their the retailer’s products should be considered counterfeit products since the designs were so similar to Adidas’ products.

Two years after the suit was filed, the two sides announced that they settled the case but they did not share any details.

Superstar Taylor Swift recently settled a lawsuit with Blue Sphere, a company that owns the trademark “Lucky 13” for clothes. The company filed when Swift began selling products with the mark “Lucky 13” to her fans.

The star insisted that 13 was just a lucky number to her, hence the mark. In the end, the two sides settled out of court and did not let the rest of us know what they agreed upon. Many media reports have noted that since the lawsuit, Taylor Swift has wised up to the necessity of proper trademark protection and started applying for trademarks for phrases and lyrics to avoid future conflicts.

When MUSA Trademark is out giving speeches, one of our examples of the value of a trademark is a cup of coffee. In a plain cup, it has a value and a price. But what happens when we add a Starbucks logo to the cup? We are not capable to determine the comparative quality of coffee, but we do conclude that millions of people pay more for a Starbucks drink than they do for a drink elsewhere. Clearly, their brand has a value which needs to be fiercely defended with trademark protection.

In 2016, Starbucks filed a lawsuit against a cafe and their Freddocino drink. They claimed that this name was too similar to Starbucks own Frappucino.

Coffee Culture Cafe has since changed the name of the drink to a Freddo, but Starbucks is still continuing with the lawsuit. Coffee Culture should have done some proper trademark searches before they decided how to brand their new drink.

How to Avoid Trademark Conflicts

In most cases discussed here, the trademark conflicts could have been avoided with more effective trademark research. Yes, trademark searches can be time-intensive, especially if it’s done right, but that is what trademark agents are for. Whenever you are considering a new name for your company, products or services give MUSA a call and let us be part of your process to ensure you can spend your time and money on sales and marketing and not lawsuits. Also keep in mind that there are many other things that can be trademarked as well, like a product shape, a distinct color, sounds, and even smells. How will YOU connect with your customers?