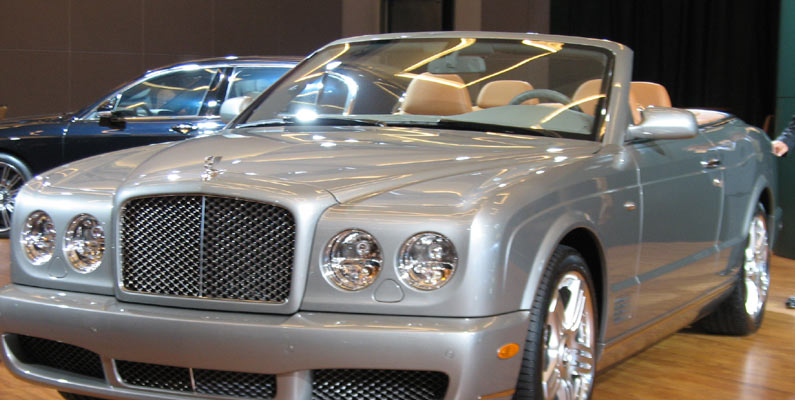 Bentley lose out in trademark battle

Luxury car manufacturers Bentley may have a huge deal of prestige, history and money behind them, but it was no match for one family-run business with a cast-iron trademark. A high-court judge in the UK ruled against Bentley this month, forbidding them from using the Bentley name on clothing.

The reason is due to Brandlogic, the company that owns the Bentley Clothing brand, not affiliated to the car company in any way.

The Bentley Clothing brand was established back in 1962, a long time ago, but not compared to Bentley Motors, who date back 100 years to 1919. The two companies existed separately without issue for many years, due to one being solely involved in cars, and the other in attire. They both had trademarks, but in separate trademark classes.

Bentley Clothing trademarked their name for use on clothing back in 1982. Then, five years later, Bentley Motors also decided to launch their own clothing range. It was another ten years however before the two companies first had issue with the trademark. In 1998 Bentley Clothing approached the car company about trademark infringement, with the two companies continuing to sell clothes after a series of goodwill gestures from the clothing company.

Trying To Cancel The OTHER Company’s Trademark

That goodwill eventually ran out though, with the car company attempting to cancel the clothing business’s trademark. So in 2017 Bentley Clothing took their case to the high court.

Now, after many years of wrangling, the clothing company have toppled the motor giant in a spectacular fashion. The court ruled against the car company, ordering them to cease using their name on clothing in the UK, and destroy any clothing they have with their name on.

The family clothing firm must have breathed a huge sigh of relief. They were wise enough to have a longstanding trademark in place that could protect their brand from even the most prestigious and renowned companies in the world.

When it comes to businesses, it shows the importance of getting a cast-iron trademark that will stand the test of time. In Taiwan and China, where trademarks are determined on the first party to file rather than first usage, had the family business not sought to secure a trademark on their clothing, things could have gone very wrong indeed when coming up against such a huge corporation. Their trademark early on ensured they were protected no matter who tried to infringe upon them.

That’s why it’s so imperative that businesses seek to trademark their distinguishing business elements at the earliest possible venture. Firstly to ensure they’re not infringing on anyone else’s trademark, and secondly make sure no one else can come along and undo all your hard work.

How well protected are your brands and product names? Are you protected in all the trademark classes covered by your full product line? Many companies forget to register in more classes as they release new products.  Contact MUSA today for a trademark review.